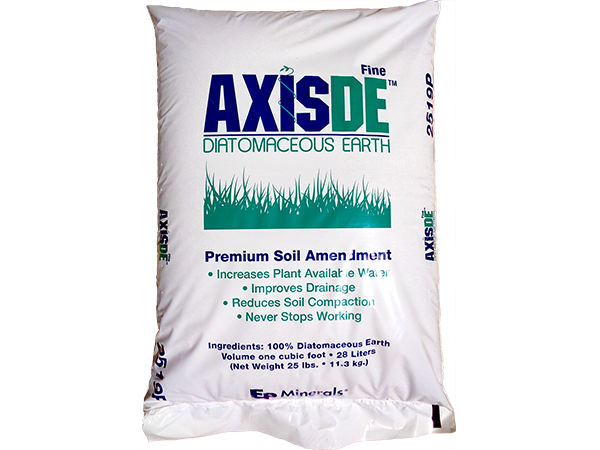 AXIS DE Premium Soil Amendment is made from naturally occurring diatomaceous earth (DE). Improve the performance of your greens and fairways and enjoy immediate benefits for turf establishment by incorporating 5% - 10% of AXIS DE (by volume) into the root zone. Permanent performance means water savings, improved infiltration rates, control of excess water, reduced compaction, and tolerance of recycled and salty water.

Large internal pore space enables AXIS DE to outperform all other soil amendments on a pound-for-pound basis: AXIS DE's internal pores are extremely large, allowing turf roots to easily access up to 93% of the water that AXIS DE absorbs. No other soil amendment even comes close. AXIS DE allows you to water more deeply and less often, resulting in a significant reduction in your irrigation requirements. By controlling the infiltration of air and water in the root zones, AXIS DE can also help reduce problems such as fairy rings, wet or dry spots, and black layer. Due to its absorption capacity, AXIS DE lets the greens firm up and become playable much sooner after heavy rainfall. Wet or dry moisture extremes are efficiently moderated while simultaneously increasing aerobic capacity.

Superior Turf Management All Around The Course

Leading golf course architects around the world have found AXIS DE to be indispensable for top-level golf courses, especially in places with limited rainfall or salty irrigation water. In some locations, AXIS DE is the only way to achieve a high-quality course with limited water.

A low bulk density means AXIS DE is superior in reducing compaction. Many golf courses also use AXIS DE to treat walk-off areas, tees, and other turf areas subject to heavy foot and cart traffic. Additionally, AXIS DE is widely used in flower beds, for backfill around new plantings, and for container plants such as those located on patios and entry areas. 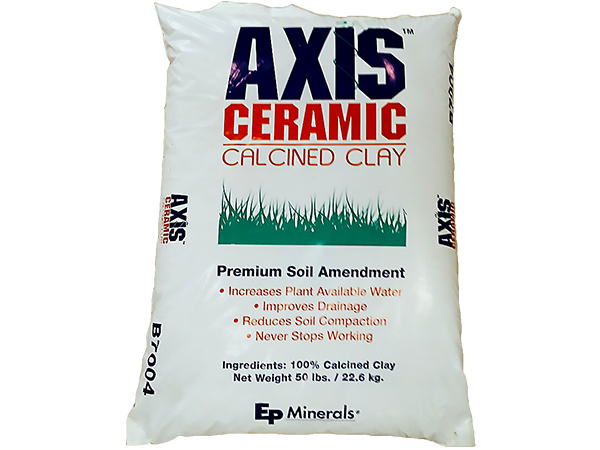 With heavy play and practice schedules, soccer and football fields easily become compacted, resulting in worn or bare turf areas. By adding porosity to the soil with AXIS®, even the hardest native soils can be amended to allow turf to recover more quickly and respond faster to regular maintenance. Additionally, improved soil allows fertilizers and pesticides to be more effective, sometimes at lower rates, to produce a better playing surface.

The J. Village World Cup Soccer Training facility in Japan is composed of 11 soccer fields. Each was constructed with AXIS. Prior to construction, AXIS was chosen as the most efficient and cost effective amendment. The result is one of the world’s largest single applications of inorganic soil amendments.

AXIS is also used in professional soccer stadiums across Europe, including: Hamburg, Germany; Lens, France, and several others. More are being added each year as turf managers discover the benefits of AXIS for high traffic environments and fast grow-in.

“I had twelve solid weeks of NFL players practicing on my fields, with not one bare spot at the end of the season. Why would anybody in their right mind choose anything other than AXIS in their root zone mix... it's a no brainer.”
Spin Martin, Head Groundskeeper, University of Tulsa
(quote used with permission from our distributor, Envirotech)